Internal Affairs Protected Call a Cop for Soho First Precinct Under DI Ed winski The Mercer Hotel PO Eugene Schatz to Coercion down the street with PO Gene Schatz's FB friends Det John Vergona and Det Andy Dwyer for Dr Andrew Fagelman a pile up of crimes Delita Hooks 2nd degree assault, false cross complaint, threatened me  in a signed letter to the NYPD to her NYPD fixer and my guess Joe Tacopina drafted it  as well as my guess he did the sock puppet YouTube account identifying himself as a lawyer threatening to bury me destroyed me if I took any action he would see the tables turned on me that's also a serious crime as is lying to the police during an open investigation as well as threatening intimidating a victim telling them not to come forward .


Lying to the police during open investigation  is still a crime even if the NYPD are lying in police reports which they did and if Dr. Fagelman was party to coercion, having me threatened, party  to his employees lying, party to threats than he has committed a series of crimes as well.


Internal Affairs lied to me repeatedly when Bratton but the Public Advicate at that time de Blasio  documents that it was an open case and I have a foil report.

The blue wall of silence protected by top cops and chiefs in Internal Affairs and IA repeatedly LIED to me even telling me it was not a police matter!

The Mercer Hotel & Michael Rawson Protest - Part 5 PO Schatz rushed over using his siren to get here you can see the clock says 12:20 and we have ended the protest but Schatz acts like his is on the Mercer Hotels speed dial


http://suzannahbtroy.blogspot.com/2010/11/mercer-hotel-michael-rawson-protest.html Here is the link to the video of NYPD PO Eugene Schatz using his sirens illegally to rush to get to our protest to stop harassing Veterans!


This woman NYPD officer was in the car the first time PO Schatz the first time he used his vehicle like a weapon on behalf of The Mercer Hotel - we he barked at me aggressively they can park there and she would have to lie under oath about his rushing with his sirens which is a violation -- there was NO EMERGENCY and I want to know what else she witnessed and knows about PO Eugene Schatz.  From the Mercer it goes worse with PO Eugene Schtaz's FB friends Det John VERGONA and Det Andy Dwyer willing to send me a message. 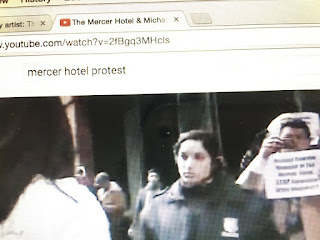 NYPD PO Eugene Schatz  illegally used his sirens and she can verify it as well as the other incident I reported to Internal Affairs and it was caught on the VM I left for IA but IA has been covering up for them all but SCHATZ"S facebook friends took it much further Dr Andrew Fagelman who is down the street from The mercer hotel.


I have video evidence I wasn't going to be quiet about NYPD PO Schatz's wrong doing involving the Mercer Hotel and here with Delita Hooks she gave me the finger -- the video starts with me asking her to please give me the finger again because now I am filming.

Schtaz NYPD det facebook friends involved in coercion sent me a message to keep my head down and I was to take what ever they were going to dole out including coercing and lying I have a videos and photos of Schatz harassing and or illegal parking or violating CPR and illegally using his sirens so this was pay back fixing if for Dr Andrew Fagelman who did not want to fire Delita Hooks.  Dr Fagelman blames me for Delita HOOKS violating my patient rights and my body making a hole in my retina and the corrupt NYPD IA blame me for NYPD coercion lying so they are willing to cover up like Zachary Carter but a New Commission in to police corruption can finally get them all exposed for what they did to me.


I have to go thru the videos -- I have to find the one where NYPD PO Eugene Schatz illegally uses his sirens to harass me and United States Veterans I organized a protest for because Schatz's friends at the Mercer Hotel have him on speed dial perhaps so he can get invited to fancy events -- Preet Bharara thinks NYPD only do fixing and favors for money not parties or power trips like my case and Schatz and his partner Det Tommy Moran who wouldn't answer my question about it via facebook I believe all party to coercion -- they went to the First Precinct's designated bar and even had a good laugh like Dwyer and Vergona's supervisor laughed over the phone Delita HOOKS had given me the finger and than tried to beat me to a pulp -- see a common thread?

Sgt Chen laughed and said over the phone you were the one assaulted at the doctor's.

Yes and I believe Dr Fagelman called up just like the Mercer hotel down the street and Internal Affairs under Ray Kelly and Bratton have been covering up and corrupt Zachary Carter and his lawyers are using white out like in the nursing home they are blacking out the truth -- just like Eric Garner's hand written lawsuit and indictment of the NYPD crimes and wrong doing have bene blacked out.


I will post videos of Schatz's violating CPR and protocol illegally using his sirens rushing get to a 20 minute protest  because Vet Vendors couldn't afford to be away from their tables any longer than 20 minutes and Ray Kelly a veteran Bratton a Veteran protected all these NYPD not Veterans that harassed us and than up the stakes of retaliation to violate protocol and than break the law.

they are employees and it seems like groups of NYPD unite on facebook and in my case their Facebook pages hold clues to the coercion, lying in police reports like Schatz is the catalyst for his facebook friend's to refuse to meet me and lie in police reports and commit the crime of coercion to teach me a lesson for Schatz who FB page photo is the finger...my guess more clues but NYPD and Internal Affairs are protecting him and will until I get a new Commission and my goal to bring them in and question them under oath.  I am trying to do that now in NY State Supreme Court by Zachary Carter is doing his criminal dirty deeds just like the nursing home.

Are these fellow NYPD who know about 1800 NYPD fix it?

I am a victim of a pile up of crimes from Dr Andrew Fagelman's to the First Precinct Det Squad and NYPD PO Eugene Schatz's facebook page holds clues.

I have been working on uploading the videos of Schtaz harassing me and US Veterans -- again Schtaz I am guessing along with all the corrupt cops in my case that are his facebook friends are not veterans.
I will post the link soon. 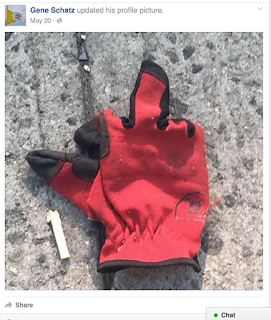 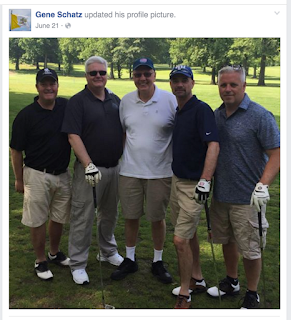 I want to know who are these men and if they know anything about NYPD fixing and favors?

I demand Justice my case.

Schatz inspired the NYPD app tracker and via the app that will some be reality fellow victims can find each other.  The NYPD covered up his wrong doing along with Vergona and Dwyer and the NYPD can thank them and NYPD Sgt Chen and Lt Burgos all cowards who never met me and lied and are still having their lawyers lie saying they did an investigation -- they did not they commited crmies or were party to committing crimes coercion lying in police reports.

I want to know who are these men and do they know about NYPD fixing and favors as well as retaliation.
Posted by Suzannah B. Troy artist at 3:30 PM