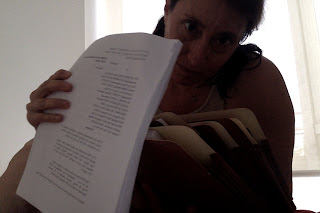 Det John Vergona is this what you wanted?  Det Andy Dwyer you took an just like Vergona but in my opinion you did not keep it and neither of you have an ounce of decency.  Det Andy Dwyer is Delita Hooks NYPD detective who never even called me.

I was harassed (aggravated harassment in my opinion) taunted my law suits will go no where.  Well they are going on Scribd with all your names including Dr. Andrew Fagelman, Delita Hooks and I would tell you everyone involved except that they have my name and to date I still do not have everyone's names involved although I was a medical patient including the women in this video I was told lied and said it was me.

By the way after I was taunted and told my lawsuits would go no where 2 YouTubes on this violent assault on my 2ndary channel were wrongfully removed.  It took me a week to get them back and an apology from Google YouTube Passover Wednesday 6:30 am.   Gee, I wonder who removed the video Det John Vergona, Delita Hooks assaulted me false cross complaint no arrest" and the extra copy of Delita Hooks assaulting me.   In my opinion all part of a 9 month campaign of aggravated harassment and witness tampering and now that the lawsuit is clearly happening -- this is my first all of the sudden the aggravated harassment cyber bullying has gone silent.

The NYPD does not care.   The NYPD involved that collect over time do and none will have to pay for their lawyers.

Lt  Angelo Burgos and Sgt Chen are named, DI Ed Winski named and a more.....you can read it all on scribed.

Posted by Suzannah B. Troy artist at 5:31 AM